>If you can't see the game properly<

if you can't see the game properly with any of the following issues:

If you have any trouble getting the builds to run let me know and I'll see about getting those fixed.

What it's all about

As a bored and powerful being you have decided to take it upon yourself to create worlds. Unfortunately you're not THAT powerful and you can only create small flat worlds, oh well. Roll up your sleeves, you're about to get your hands dirty.

Your goal is to use your somewhat powerful abilities to create worlds to certain specifications, be it a planet of cities, a giant swamp or some combination of the possible plots of land you can place.

The short guide to creating worlds

I don't need to tell a being with powers how to do their job, but you may want to start by grabbing some land from your scroll of power and placing it onto the bedrock on the planet's empty husk. Sometimes you'll only need to fill a planet up to win, other times you'll need to meet certain quotas in order to create the perfect world (divine bureaucracy, am I right?) . One thing you'll notice right away is that each plot of land will often influence the land it is placed next to. A mountain can be completely eroded by an ocean, and a grassland can be settled in if a river is near.

As someone who wants to have the powers of creation you can sign up at your local power being recruitment center above.

You can also get the mobile starter pack at the above location (Android only), proper recruitment center pending.

We recommend trying the game on your Android device, it was our self imposed additional goal to make the game friendly. The current APK will say you need to allow installations from unknown locations (I swear no bad things were added). I'll be trying to put it on the play store later to facilitate things.

In the screenshots we've added the possible combinations, for the best experience I recommend discovering them on your own but in the interest of saving people time for rating we'll decided to supply them.

This was a neat concept. It almost felt like a type of card game that would allow you to craft worlds to order for other Deities. All the logic felt like it has some type of parallel with the real world so it wasn't too difficult to figure things out as I went.

My only real feedback aside from it would be interesting to see this game fleshed out, was that there feels like something is missing. Just one little thing that really makes the concept pop. It might be a nemesis, an overarching system of powers/magic that fit the universe together, or maybe just some story tossed in between the levels.

Otherwise I thought it was nice. Decent concept for A Small World, Good graphics if a bit hard to decypher at times, and the beginning Menu music was nice. 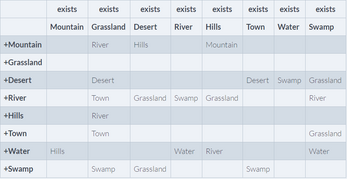 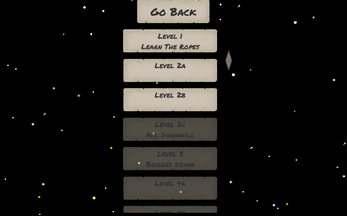 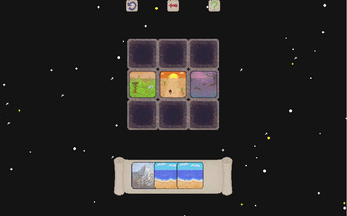